“[Tucker] Carlson [of Foxnews] was furious about [Joe Biden’s] pledge to nominate a Black woman to replace retiring Justice Stephen Breyer, a move that will bring much-needed diversity to the court.” Josephine Harvey, Huffington Post, March 3, 2022

Joe Biden, keeping a campaign promise that his first nomination to the Court would be a black woman, recently announced his choice to replace Stephen Breyer on the Supreme Court by Ketanji Brown Jackson from a group of eight black women.  Since Biden’s explicitly racist criterion for the appointment is incompatible with America’s most basic principles, the leftist propaganda machine swung immediately into operation with a flurry of articles designed to help the Democrats confirm Brown Jackson.

Josephine Harvey of the Huffington Post carries out the first part of the operation when she claims that Tucker Carlson was “furious” about Biden’s nomination of a black woman to the court.  Further, he is racist for “absurdly” demanding to see her LSAT scores.” Harvey carries out the second part of the operation when she claims that “It’s classic playbook material for Carlson, who is notorious for his racist and misogynistic dog whistles, often targeting powerful women of color.” That is, Tucker is not merely racist about this particular nominee but that these evils are embedded in his character and his specifically targets “women of color”.

Harvey carries out the third part of the strategy, to “dirty up” Tucker when she points out that he “insulted [Jackson Brown’s] name” when he pointed out that Biden mispronounced Ketanji Brown Jackson’s name while at the same time outrageously “mispronouncing Ketanji.”

It has nothing to do with race.  Indeed, if Biden has promised before the election to nominate a white male to the first vacancy on the court one could, and should, make Tucker’s exact same point about the impropriety of that process.

This should not be hard for the left to grasp because this is the same argument they have used since at least the 1960s, namely that one should not evaluate someone for a position on the basis of their skin color or gender because it is racist and/or sexist to do so.  However, it is now, in a miraculous act of transubstantiation, seen by the Left as racist or sexist not to do so. This is because the latter strategy is now seen by the Left as the most promising way for them to get the political perspective they want on the Court.

In other words, Harvey’s argument for Brown Jackson is not really about race or gender at all but about the political direction of the Supreme Court.  The Left is, once again, hypocritically using members of certain races and genders in the service of their political agenda.  This can also be gleaned from the fact that none of the group of black women considered by Biden are conservatives.

Consider now Harvey’s supporting argument that it is “racist” for Tucker’s “absurd” demand to see Brown Jackson’s LSAT scores.” After all, Tucker did not ask to see Gorsuch’s, Kavanaugh’s or Barrett’s scores. There is, however, a major difference between these nominations and that of Brown Jackson, namely that whereas black women constitute only about 7% of the US population Trump did not limit any of his choices to such a small demographic.

Trump indicated a desire to appoint a woman but did not tie this to any specific appointment, e.g., that his 3rd appointment will be a woman – but even if he had, women make up 52%, not 7% of the population.  There is, therefore, no special need to ask about specific qualifications, e.g., LSAT scores, when the candidate is chosen from such large percentages of the population.  After choosing two males it is entirely natural that the best choice for Trump’s 3rd nomination would be a woman.

Consider now the second part of Harvey’s playbook, her assertion that Tucker’s remarks are “classic playbook material for Carlson, who is notorious for his racist and misogynistic dog whistles, often targeting powerful women of color.”  In fact, there is nothing whatsoever racist about asking for someone’s LSAT scores.

For Harvey’s information, neither good nor bad LSAT scores are specific to any one race.  The reason the Left often resorts to accusations of “dog whistles” is that a “dog whistle” is a kind of whistle that dogs but not human beings can hear.  This means that human beings cannot in these kinds of cases have any actual scientific evidence that the alleged racism or sexism is real.  Thus, in practice, the Left uses this charge of “dog whistles” to disparage people with which they disagree but against which they cannot produce any actual evidence – just the sort of smear the Left needs.

Consider, finally, the third part of Harvey’s operation, to “dirty up” Tucker with strange minor accusations.  This is what she does when she says that Tucker “insulted [Brown Jackson’s] name” by pointing out that Joe Biden mispronounced Ketanji Brown Jackson’s name while at the same time “mispronouncing Ketanji.”  Since we all mispronounce unfamiliar names there is nothing whatsoever insulting about doing so.  Thus, emphasizing this is meant to suggest that Tucker’s mispronunciation of Jackson Brown’s unusual name signifies some moral failing deep in Tucker’s soul.  In brief, it is a disguised racism charge, the insinuation that a non-racist would have sufficient respect to learn how to pronounce her name properly.  Needless to say, the same standard will not be applied to their side of the aisle when they mispronounce a name.

The Brookings Institution wonders what the Republicans have in store for Brown Jackson.  One thing that is for sure is that they will not use a lawyer who is now in prison for extortion to accuse her at the last minute of participating in a gang rape near a punch bowl at a place and time that none of the participants can remember and which their own list of witnesses say never happened.  That level of evil silliness is only permitted to the Democrats while their media propagandists hyperventilate on cue.  Admittedly, however, a Republican might mispronounce her name (just like Joe Biden). Hopefully, that is not the end of democracy itself. 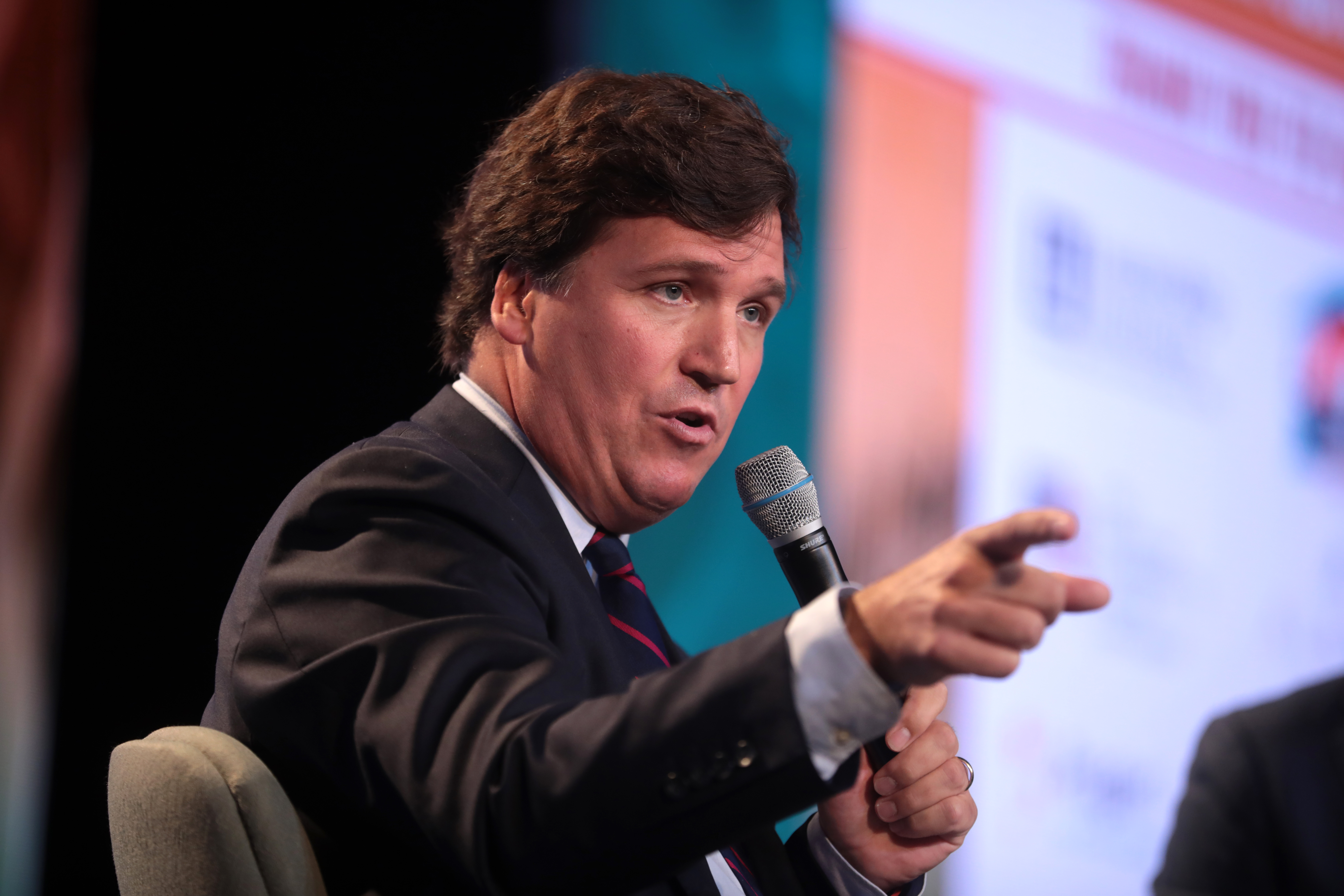