As you likely know by now, there’s a war going on between WOKE Disney and American parents.

Disney appears to be on a mission to spread the LGBTQ sexual lifestyle to young kids, and hordes of American parents are understandably NOT okay with that.

Kids should be allowed to just be kids and adults should not be forcing weird gender questions and sexuality on them… and certainly, a place like Disney shouldn’t be engaging in that — but they are, and as a result, American families are turning on Disney and boycotting them.

And that boycott is working.

Disney is about to find out that going “woke” does indeed make you go broke.

Washington Examiner reported that nearly 7 in 10 Americans, upset with Disney’s embrace of the LGBTQ movement, no longer want to do “business” with Mickey Mouse and instead will seek out “family-friendly alternatives,” according to a new survey shared with Secrets.

The latest data said that 68.2% of voters are now “less likely to do business with Disney.” Of those, 57.2% are “much less likely” to buy from the entertainment giant known for its kid-friendly parks and movies. What’s more, 69% said that they are likely to “support family-friendly alternatives to Disney.”

The survey, from Convention of States Action in partnership with The Trafalgar Group, also found that concerns about Disney’s plan to create related content are bipartisan, with 48.2% of Democrats also saying they are less likely to “do business” with Disney.

Trafalgar is one of the top pollsters in the nation. 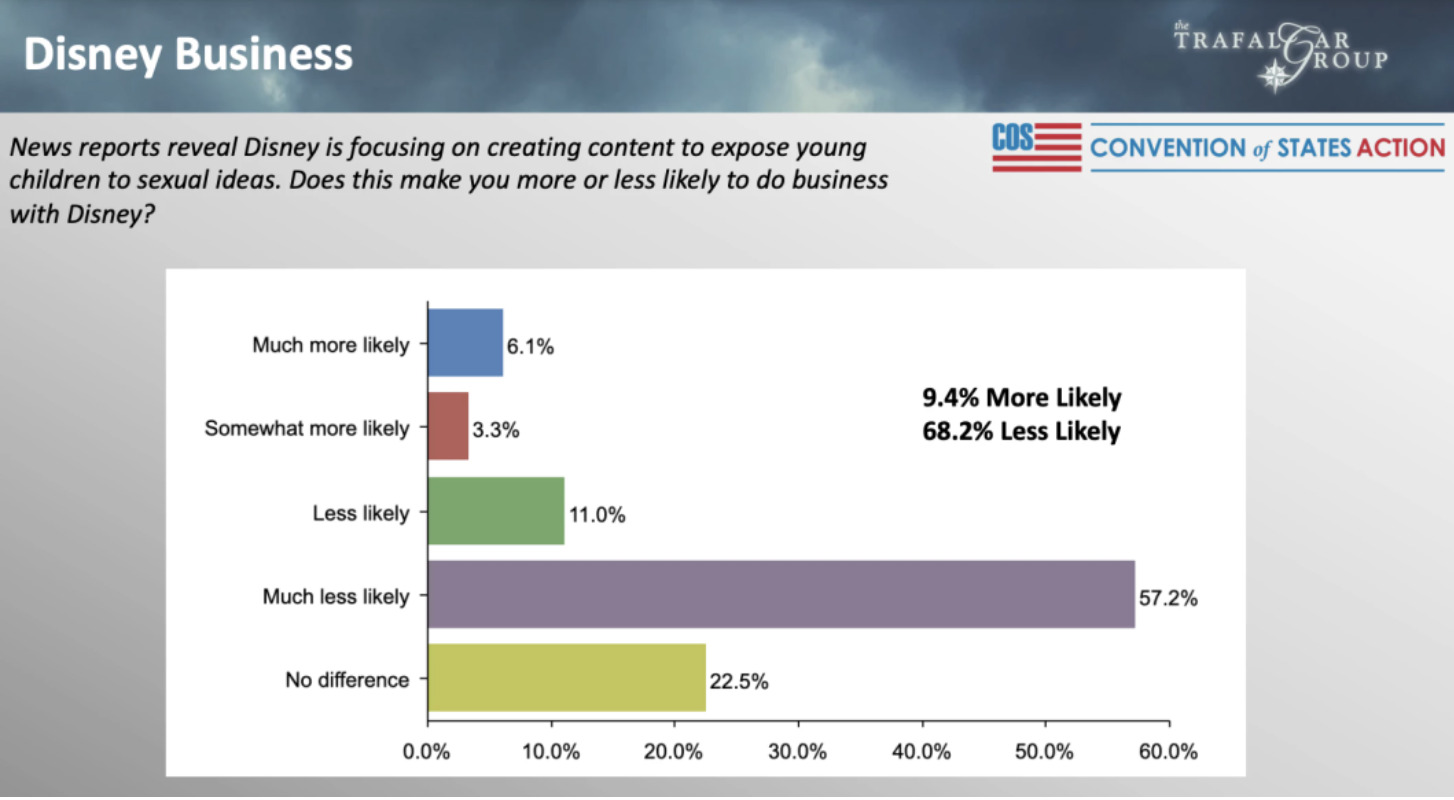 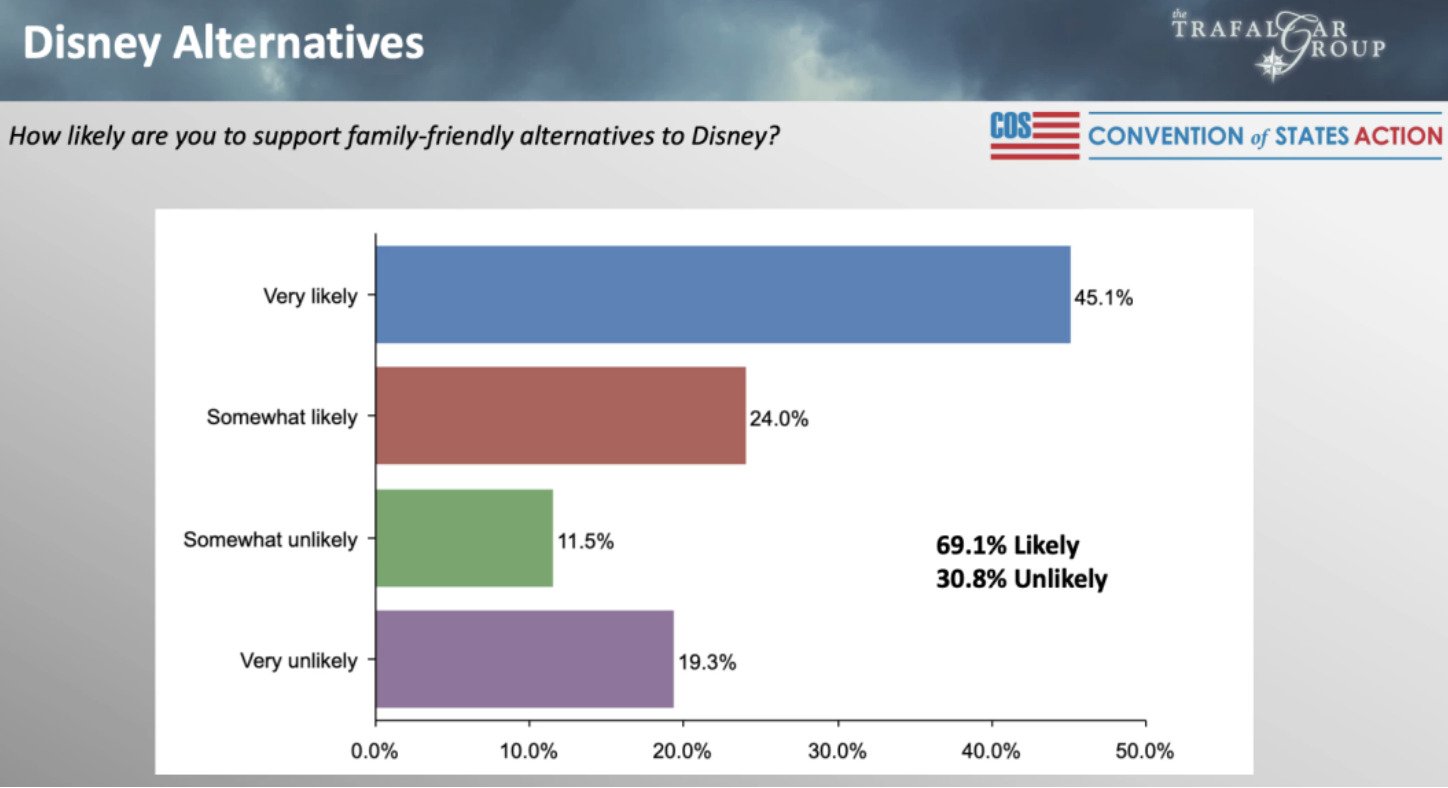 This poll shows parents are once again in control and are ready to take this country back from woke perverts… and the parent movement is getting stronger every day.

This is where the left really miscalculated — you never mess with parents. It won’t end well for you.

Dems are finding this out the hard way at school board meetings and now, at Disney.

Disney is finding out that politically and sexually grooming other people’s children is not a good “marketing move,” and it will bring down their empire and make the magic kingdom the most depressing place on earth if they don’t knock this garbage off.