Democrats’ 2024 Dumpster Fire: If Not Biden, Then Who? Candidate #2

[Editor’s Note: This is #2 in a series. For the first article, please click here.]

JB Pritzker is the Tony Soprano of American politics.  Aside from being an heir to the Hyatt fortune, he has no achievements to his name.  Regardless, in 2019, he bought himself a Governor’s seat, thus becoming one of the most corrupt politicians in American history.   Ever since, Pritzker has governed Illinois from his mansion equipped with an extra large capacity freezer, rarely showing his face in public – until last week.

Following Joe Biden’s sinking approval numbers, the Democrats have finally figured out that Joe is not “a man for the moment.”  Just like the rest of the media, The Boston Globe laments:

“You cannot put out a wildfire with a teaspoon of water. Nor can a president energize his base without using the full weight of his powers to push against the terrifying direction of this nation. Increasingly Biden looks like a man whose political prowess reached the top of its bounce during his eight years as Barack Obama’s vice president.”

Barely two years have passed since Joe’s lack of “political prowess” was pushed as the greatest thing since sliced bread.  The amiable and grandfatherly uncle Joe was “just what was needed” to save the country from the talking explosive device that was Trump.  But when the country is rejecting your crappy policies, the far left has only one solution: you have to get really mad and yell really loud.  And Joe, they decided, is simply not loud enough.

That’s where JB Pritzker comes in.  JB is mad as hell:

“If you are angry today, I’m here to tell you to be angry. I’m furious. I’m furious that yet more innocent lives were taken by gun violence.”

During Pritzker’s tenure, over 3,000 people in his state have been murdered. The South Side of Chicago is run by violent gangs indiscriminately spraying bullets, killing each other and the little kids playing on their porches who happen to be in their way. You have a better chance of survival in Kabul than in some areas of Chicago. In 2020, 1,151 people were murdered in the state of Illinois, putting it at the 8th highest homicide rate in the nation (the stats are here).

Until last month, Governor Pritzker has been largely silent on the slaughter.  The left has been constantly reminding us that “silence is violence,” and this is the case where it is literally so.  But JB Pritzker has said – and done – shockingly little (read: nothing) about gun violence that’s ravaging his state.

A rise in homicides in Illinois contributed to a staggering nationwide spike in 2020, marking the biggest one-year increase in more than a century, according to new federal data.

What was JB Pritzker’s creative response to the dramatic rise of murders last year?

He ordered the early release of numerous violent criminals, including murderers and cop killers. But he did not stop there. In February 2021, he signed a law eliminating cash bail, including for crimes involving illegal firearm possession. He also signed a law limiting law-abiding residents’ right to defend themselves while the violent thugs are running around shooting people without so much as a slap on the wrist.

“This legislation marks a substantial step toward dismantling the systemic racism that plagues our communities, our state and our nation and brings us closer to true safety, true fairness and true justice.”

Considering that 90% of murder victims in Chicago are black, one might argue that the only thing “systemic” in the state of Illinois is Governor Pritzker’s policy of allowing the extermination of the poor black population. JB Pritzker’s policies are killing black kids in Chicago even more efficiently than Andrew Cuomo’s Covid policies killed senior citizens in New York. 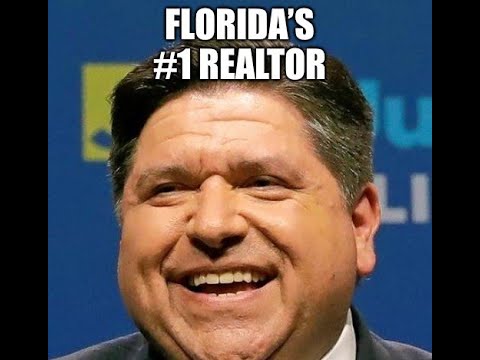