Mental Toughness: It’s What America Needs Now More Than Ever The idea of “preventive medicine” isn’t new for people who care about their health and longevity, but the term is usually used to refer to physical rather than to mental health. 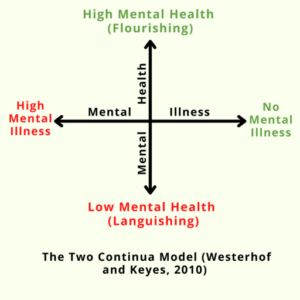 In these unprecedented times of increased crime and social unrest, deterioration of law and order, disturbing levels of inflation, supply chain disruptions, fear-mongering and the use of force by those in authority, erosion of equal protection under the law, breakdown in trust of the media and government institutions, direct attacks on first principles and the Bill of Rights, how is the average citizen faring mentally and emotionally?

It’s hardly a scientific study but many people know friends and family in their sphere who are cracking under these pressures.

Depression, suicide, and domestic abuse are on the upswing as it is human nature to revert to destructive patterns of behavior as a means of coping with uncertainty and growing adversity.

More people than ever are rejecting the false narratives that are being served to them regularly by the lockstep propaganda media. We never thought we’d see straight-up censorship in America, and even public punishment and discrimination of those who doubt those narratives. That has only increased suspicions that something sinister is being done to our country, and that it’s being done deliberately.

Some have had the “curse of awareness” longer than most.

The “curse” carries an extra psychological burden on top of existing stressors and potentially puts sufferers at greater risk for anxiety and depressive disorders. The term “gaslighting” is being used more widely now to point out that the new authoritarians push fictional narratives and then delight in the social breakdown of mental health. So it is more imperative than ever not to give them what they want.

To add insult to that injury, those who quietly suffer are finding fewer places to get professional help because of the growing politicization of the mental health industry and the erosion of medical freedom and privacy.

Here is the first audio op-ed in this ongoing exploration:

Karen Kataline is a commentator, columnist & talk show host, and is a good friend of The Blue State Conservative. She holds a master’s degree from Columbia University and is a sought-after guest on talk shows around the country. Kataline’s style has been described as “funny, feisty, but fair.” She hosts Spouting Off, a live, call-in talk show covering politics, pop culture, and social psychology. She maintains an active blog and her Op-Eds can be seen online at Fox News, Investor’s Business Daily, Western Journal, Town Hall, The Daily Caller, FrontPage Mag, and American Thinker.