What The Mar-a-Lago Warrant And Raid Really Show: Democrats’ Desperation

Former president Trump is not without resources and recourse in all this. Though the news media does not follow it, the Trump v Clinton lawsuit trial continues, and it might not go so well for Mrs. Clinton and her friends….

It should be pretty obvious that the FBI raid on Mar-a-Lago was an attempt to seize evidence likely to be used in former President Donald Trump’s civil lawsuit in the Southern Florida Federal District Court against Hillary Clinton and associated defendants in and out of government for the defamation and racketeering operation known as RussiaGate — AND in any future criminal proceedings that might grow out of congressional investigations-to-come against officials past and present in the DOJ and FBI. The idea is to tie up all those documents in a legal dispute about declassification so they can’t be entered in any proceeding.

Over the weekend, independent journalist Paul Sperry reported that many of the same FBI officers involved in the Mar-a-Lago raid happen to be subjects of Special Counsel John Durham’s investigation into the origins of RussiaGate. Have some of them already been hauled into grand juries? We don’t know. But, with the Mar-a-Lago caper, it looks like the law enforcement apparatus of the federal government is seeking to suppress evidence of its own long-running criminal enterprise.

The parallel purpose of the raid was to find — or perhaps plant — documents that might be used in a scheme to disqualify Mr. Trump from running for office again. The January 6th show-trial in Congress has failed to galvanize the country’s attention, and may have foundered in its attempt to find grounds for a criminal referral against the former president that would take him off the playing field. So, now this.

Momentous legal quarrels that arise out of the Mar-a-Lago raid may evolve into a constitutional crisis that the captive news media can use as a smokescreen to divert the public’s attention from any balloting shenanigans going into the November election. At least it will shove any other issues off-stage in the run-up to the midterm. Is it a miscalculation?

The choice of going to federal magistrate Bruce Reinhart for the Mar-a-Lago warrant sure looks crude and desperate. Only weeks ago, he was presiding over the Trump v Clinton lawsuit. How did that even happen, given Mr. Reinhart’s role defending Jeffrey Epstein’s associates — many of them Clinton-connected — in the 2007 sex-trafficking case? And only after the spectacularly weird act of switching sides from the federal prosecution team to Epstein’s defense team. Not to mention Mr. Reinhart’s record of public statements denouncing Mr. Trump. There are twenty-five other magistrates who rotate their duties in the Southern District of Florida, why pick him?

It all shapes up as a systematic effort to obstruct justice by the US Department of Justice. They’ve been doing it consistently since 2016 in all matters pertaining to Mr. Trump, and it is a big reason that the country is now viciously coming apart. This is just a continuation of the same seditious treachery that went on with James Comey releasing his classified interview memo concerning Mr. Trump to The New York Times via his attorney friend from Columbia University, Daniel Richman; and the ensuing dishonest Mueller investigation the leak provoked; and the Crossfire Hurricane operation run by Peter Strzok, Andrew McCabe, and Rod Rosenstein; and the illegal entrapment and prosecution of National Security Advisor Michael Flynn; and the serial misrepresentations to the FISA court; and the illegal coordinated maneuvers in impeachment #1 between Rep. Adam Schiff, ICIG Michael Atkinson, the National Security Council, and CIA-agent Eric Ciaramella posing as a “whistleblower”; and more recently, the mischief around the FBI’s conjured-up Gretchen Whitmer kidnapping scheme; and the FBI’s role in turning the January 6, 2020, election protests into a riot at the US Capitol.

Former president Trump is not without resources and recourse in all this. Though the news media does not follow it, the Trump v Clinton lawsuit trial continues, and it might not go so well for Mrs. Clinton and her friends. Criticism and doubts about Special Counsel John Durham aside for a moment, realize that evidence introduced during the March trial of DNC lawyer Michael Sussman has firmly established that the Hillary Clinton campaign, the DNC, the Perkins Coie law firm, and various private contractors created the Russian collusion narrative that evolved into the FBI/DOJ crimes of RussiaGate. It won’t be difficult to prove these parties’ intentions in all that, namely to drive Mr. Trump from office or disable him in the process. Do you think Mr. Trump can’t make that case against his antagonists? This is not being tried in the pliant DC federal district court. A Florida jury may see exactly what happened.

Let’s also suppose that Mr. Trump and his aides were pretty scrupulous about collecting documentary evidence about these shenanigans over the years they took place. Mr. Trump did indeed order the declassification and de-redaction of reams of pertaining documents before leaving office. Do you suppose that the Supreme Court would not adjudicate any quarrels over them with dispatch? The effrontery (and gross stupidity) of Attorney General Merrick Garland stands in luridly full display. In signing off on the Mar-a-Lago raid warrant, Mr. Garland signed the death warrant on his own reputation and career. 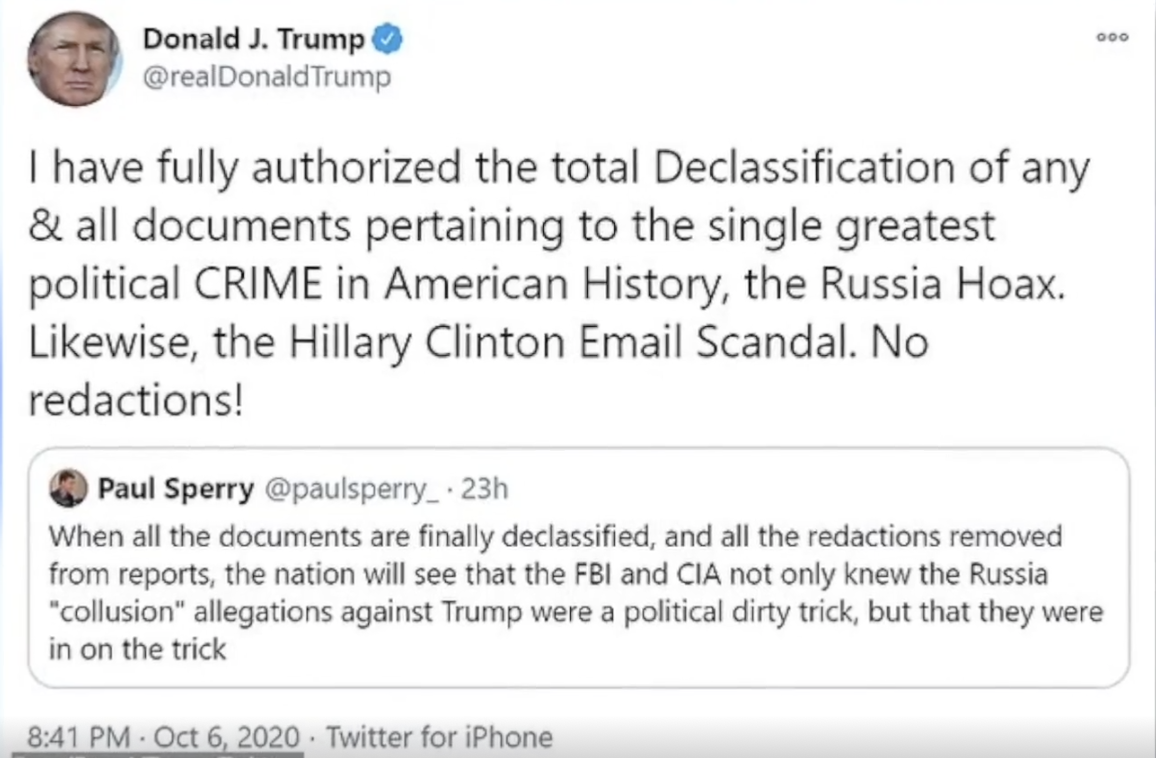